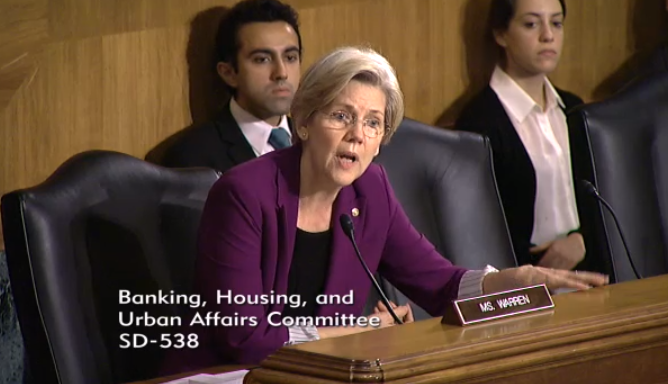 The original law was repealed in 1999 by the Gramm-Leach-Bliley Act, though Glass-Steagall had been eroding for years leading up to that point. Gramm-Leach-Bliley, along with several laws passed during that era, allowed the big banks to transform into megabanks, creating “too big to fail.” 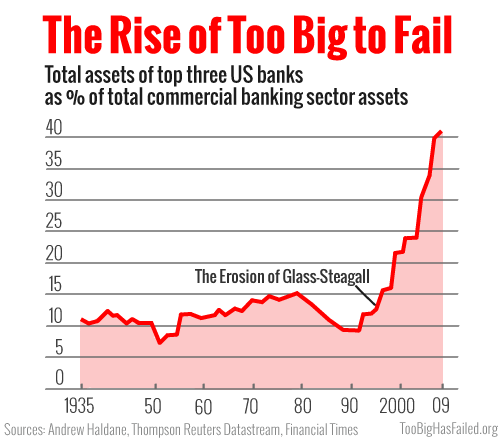 This new bill from Senator Warren will reverse this trend and make the banks smaller. After all, the three biggest banks (Chase, Bank of America, and Citi) are all bloated conglomerate banks that have enormous traditional and investment subsidiaries, so these banks wouldn’t be able to continue as they’re currently instituted under the new Glass-Steagall Act. Instead these megabanks would be broken up into much smaller firms.

What’s more, the new Glass-Steagall Act will make it so banks cannot gamble with derivatives using depositor’s money, as they do today. Currently, depositors at banks like Chase, Bank of America, or Citi implicitly use their money to help these banks make amplified bets that have the potential to cause another global meltdown. Reintroducing Glass-Steagall will make it so depositor’s money cannot be used for the derivatives market. This would be a major step toward restoring sanity to Wall Street.

For more on why it’s important to restore Glass-Steagall, see this compilation video that shows expert after expert calling to restore it:

Perhaps one of the best quotes from the video is from University of Chicago economist Luigi Zingales who says the strength of Glass-Steagall was its simplicity. The new bill from Warren shares that strength. It’s a mere 30 pages (compare that to the 30,000 pages of rules that will come out of Dodd-Frank).

You can read the full text of the bill here, or glance at the fact sheet (thanks to @peteshroeder for pointing us to the documents via Twitter).